Above the Universe Below

Author: Elias Barton
Website: www.eliasbarton.com
Description: Being the grim reaper of another world is only part of Carder’s life.  In our world he’s a shut-in, leaving home only to dash to his hospital job removing the corneas of deceased donors.  Still, Carder has long ushered weird creatures to the afterlife and honored them in bleak, individual paintings.  That’s Carder’s existence – and he’s content.
Haika changes that.  A bored, beautiful, married art gallery-owner, she stumbles into Carder by chance.  As they forge a quirky, sexually-tinged relationship, Carder is reluctantly pulled into Haika’s social world of wealth and status. Carder is tested further when his teenage niece visits, rebelling against her religious upbringing.  When Haika finally prods Carder to publicly show the bleak art he’s obsessively created, Carder’s hidden history threatens to ruin his prospects, and on the night of his art gallery opening, his past finally becomes too much for him to take
Review: Well, this wasn't bizarro per se, though it was strange enough that I agreed to review it.
It was, well, in a word, interesting. The writing is great and I can see how it got so far in the process for breakthrough novel. Who knows how those contests work anyway, but I don't think that missing the high mark is a bad thing; this is a really good book.
Like the other reviewers, I felt myself dazed and confused--in a good way. One is never sure of what is going on, and the writing is fast and crisp such that you keep flipping the page to find out what happens next. A few phrases here and there are confusing and a little clunky, but I found my way quickly.
While others enjoyed Carder, at times he came across as "woe-is-me", or "check me out, I'm so uber cool and depressed. Yay." Perhaps that was the emotion that Barton was trying to elicit. If so, it worked. But if it wasn't, then count me as one who dislikes the guy. Personal taste and all that. It's a very solipsist characterization, and it does fit, especially at the end, but by then all pre-conceptions and notions have been obliterated. Wow. Did that make sense? It isn't supposed to.
Plot, etc.: F. Blunt's review captures well the basic idea of the book and its direction. So I don't really need to go into all that... just know that this was a fun read, well worth .99. A very unique tale, which really does do a good job of hinting at the dark and deadly with a crooked grin. It is a terrific story and as I re-read passages, and think more on it, I wish the book had made it to the top of the contest: It is far better than most books out there today. It takes a little getting used to, but in my mind a good book is not supposed to pass everything off at a third grade level. It should make you think, question, wonder, and doubt where you are at all times.
Highly recommended.
Notes: There were some editing issues, nothing major (e.g., capitol vs. capital, and some other odds 'n ends things).
4 stars!
Posted by MartinGibbs at 12:04 PM 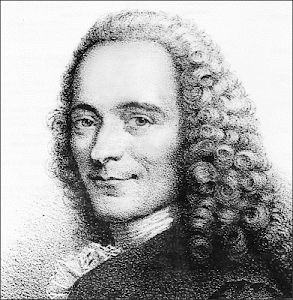